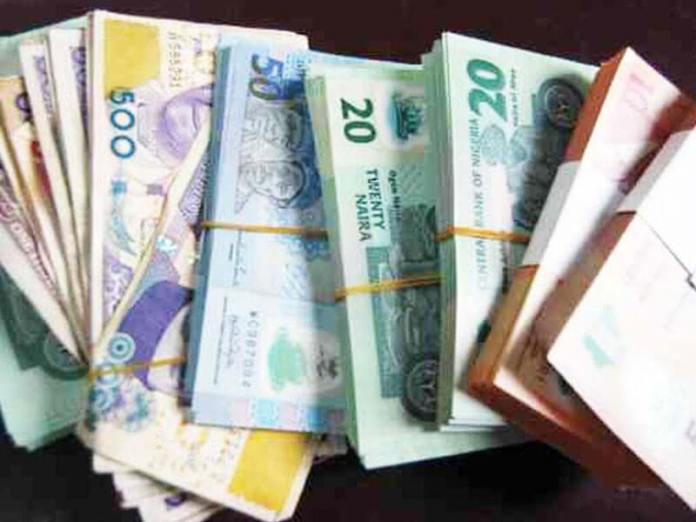 The decision of the Central Bank of Nigeria to pump lower denominations of the country’s currency into circulation, especially in market places, beginning from Abuja, is seen as a step in the right direction by many Nigerians across various sectors of the economy. Before the commencement of distribution of the lower denomination notes under the supervision of Acting Director, Currency Operations Department, CBN, Mrs. Priscilia Eleje, Tuesday, Nigerians, especially the poor, groaned under the inflationary effect of the scarcity of the notes mostly used for economic transactions among the masses.

An economist, Dr. Emma Isong, says the move by the apex bank to increase the circulation of the smaller banknotes would help to reduce inflation. Isong says, “The scarcity of lower denominations (N5, N10, N20, N50, N100 and N200) in an economy is an indicator of the level of inflation in the economy. When you talk about economic programme, it must translate to the people at the local levels (communities) and the lower market. And when the petty traders cannot get these small denominations to transact business, it shows us that inflation is catching up on them.”

It would be recalled that the Senate, on February 13, expressed worry over the scarcity of lower denominations of the naira notes in the country. The lawmakers noted that the scarcity posed a severe threat to the economy, which is just recovering from recession, as it is worsening inflationary trends.

In a swift action, the senate mandated its Committee on Banking, Insurance and other Financial Institutions and the Committee on Finance to investigate the scarcity and report back to the larger house in two weeks. The committees had swung into action to carry out its investigations within two week. But CBN definitely got the message, and apparently did not want to complicate the frosty relationship between the bank and the Senate. Observers believe this has prompted the move by the CBN to release the scarce small denominations.

Citing high cost of printing and production of currency notes, the CBN had suspended the printing of small denomination notes for much of 2016. The affected denominations are N5, N10, N20 and N50. The apex bank awarded a contract to the Nigeria Security and Minting Company also known as the Mint, to print higher denominations of N 100, N200, N500 and N1000 notes.

Acting Director for Corporate Communications of the CBN, Mr. Isaac Okoroafor, had then confirmed that the bank did not issue any fresh lower denominations currency notes. But Okoroafor said the embargo was only restricted to the 2016 end of year festive season. However, virtually all parts of the country were hit by a debilitating currency crunch, as bank customers queued up endlessly at Automated Teller Machine outlets to withdraw money for routine purchases.

The agony of the frustrated, countless customers was not assuaged by the fact that with cashless transactions still at its infancy in the country, most transactions still depend heavily on the use of cash across the counter. The failure of the apex bank to deliver currency notes to the Nigerian public therefore created significant scarcity and pain for the majority of Nigerians who transact business mostly in the affected lower denominations.

But Isong said the scarcity of the lower denomination notes was not all together bad for the economy, as it also means that the people are beginning to develop a banking culture.

“May be because of the introduction of BVN and small scale loans, many people who were holding these currencies now have decided to put them in the bank, thus, creating scarcity in the system,” he said.

Isong said the advent of technological means to transfer money was another reason for the scarcity of money in circulation.

Notwithstanding Isong’s position, members of the red chamber believe the CBN has a vital role to play to redress the debilitating effects the shortage of lower denomination notes has had on Nigerians.

Senator Magnus Abe from Rivers State said Nigerian traders had taken advantage of the scarcity of lower denomination notes to raise the prices of goods. Abe stated, “When it continues to be part of our legal tender and they are unavailable, it becomes an indirect way of pushing up the prices of commodities. If a trader knows that they are to give you change of N5 or N10, that change will never be available, they will simply plan their prices to the next round figure. That will in the long term drive up prices in the economy.”

Senator Peter Nwaoboshi from Delta State, who raised the motion on currency scarcity, expressed worry that banks in Nigeria no longer dispensed the lower naira denominations with the excuse that they hardly receive them from the CBN. Nwaoboshi said in his motion, “The senate is disturbed that the lower denominations are printed and procured outside the country with the attendant economic and security implications. It is significant that the denominations that were skipped are those printed on polymer paper by printers outside the country’s shores, even when there are no marked differences between the polymer paper and the traditional currency paper.”

Another Senator, Sam Anyanwu, from Imo State, traced the cause of the scarcity to the decision of federal government to print currencies abroad. According to Anyanwu, “I’m a member of the committee on banking and financial institutions and we visited the printing and minting company of this country. When we got there, we discovered that what was in production was the N1, 000 and N500 notes and we asked questions. Why is it the N50, N20, N10 were not in circulation? But that (printing of N1, 000 and N500) was what was given to them as contract from CBN. I think that we have a competent company in printing and minting and they can do the production for this country. So, I think it’s important that the senate takes this very serious.

“The reason why the production of these currencies is very expensive is because the central bank prints this money outside this country when we have a capable company that can do it here.”

The CBN appears determined to address the concerns of the senators as well as other Nigerians who are calling for swift intervention.  Eleje said its campaign launched last Tuesday in Abuja was targeted at the informal sector, especially traders in markets, with the aim of increasing the circulation of the smaller units of the naira to make doing business easier. According to her, the Federal Capital Territory will be used as the pilot stage for the new campaign and if successful, will be replicated nationwide.

Eleje said the new strategy would ensure that traders desist from hiking prices of goods just to avoid looking for customers’ balances. She said the new naira notes will be distributed to traders within Wuse and Garki markets and others through their associations.