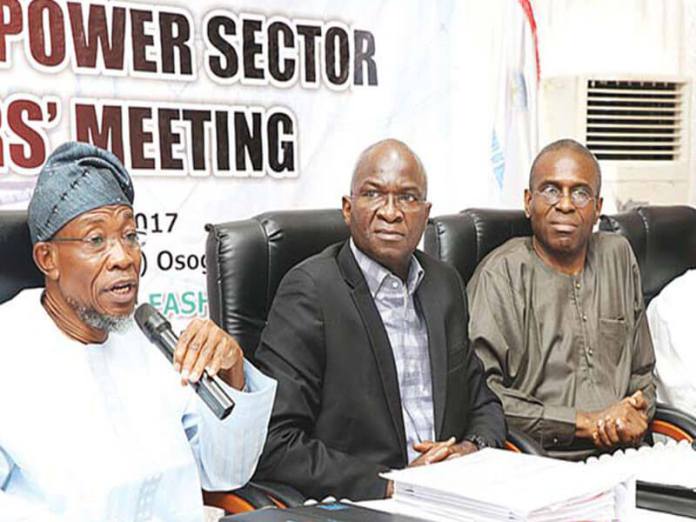 By Chineme Okafor in Abuja

This new package is coming on the heels of the World Bank’s approval of $486 million credit facility for the country’s electricity grid improvements a forthnight ago.

The new financial package was announced as part of the rollover of the Nigerian Energy Support Programmme (NESP) which is managed by the German cooperation agency – the Deutsche Gesellschaft für Internationale Zusammenarbeit GmbH (GIZ) at an event in Abuja where the GIZ presented a compendium of its achievements in the first phase of the NESP.

Speaking at the event, the Programme Head of NESP, Iner Hommers, explained the new financial package would be used in the second phase of the NESP which would last from December 2017 to November 2020, to support Nigeria’s provision of stable data for electrification planning, sustainable on-grid and off-grid electricity, as well as creating an enabling environment for renewable energy and energy efficiency investments.

Hommers stated that the European Union would provide €20 million in the programme while the German government through its ministry of economic cooperation and development would give €13 million in support.

According to her, the programme would ensure as part of its schedule that up to 500 megawatts (MW) of solar photovoltaic (PV) electricity would be procured and generated to serve about 100,000 people, while supports to renewable energy operators to scale up their electricity provision would be provided.

She stated that the first phase of the NESP was successful and contributed in providing electricity to about 10,000 people in Sokoto, Niger, Ogun, Cross River and Plateau.

Similarly, the Head of Delegation of the European Union, Mr. Karlsen Ketil, stated in his remarks at the event that studies had shown that Nigeria could generate up to 53,950MW of electricity from solar and hydro sources, and as such supports to ensure that right investments are made in this regards were appropriate.

Ketil explained that the success of the first phase of the NESP inspired the European Union to continue with its support for the second phase, and called for a replication of the same expertise that was used in implementing the first phase in the second.

Meanwhile, the federal government has indicated it would concession three solar power projects located in Pakau and 40 kilowatt Gnami areas of Kaduna, as well as the 1.2MW Lower Usman Dam solar plant, to private operators or investors to run them successfully.

The Assistant Chief Electrical Engineer in the Ministry of Power, Works and Housing, Mr. Temitope Dina, told reporters during a tour of the projects at the weekend that the concession exercise could happen before the end of the first quarter of 2018.

Dina, while conducting reporters round the 1.2MW solar plant in Lower Usman Dam, explained that the on-grid power generation project has since it began operation in 2016, supplied free electricity to the network of the Abuja Electricity Distribution Company, while the Abuja Water Board which it was originally built for still pays the Disco for power used by it.

He stated that the government would when it concessions the plant, expect its new concessionaire to install a net metering facility and subsequently sell generated electricity to the grid instead of freely sending it.

Similarly, at the tour of the 215MW Kaduna Independent Power Plant, engineers working at the site told reporters that the project was 70 per cent complete and that two of its turbines would soon be synchronised to the national grid and be able to supply power.

They also noted that tank-farms to collect and hold diesel as alternative fuel for the plant were almost completed.