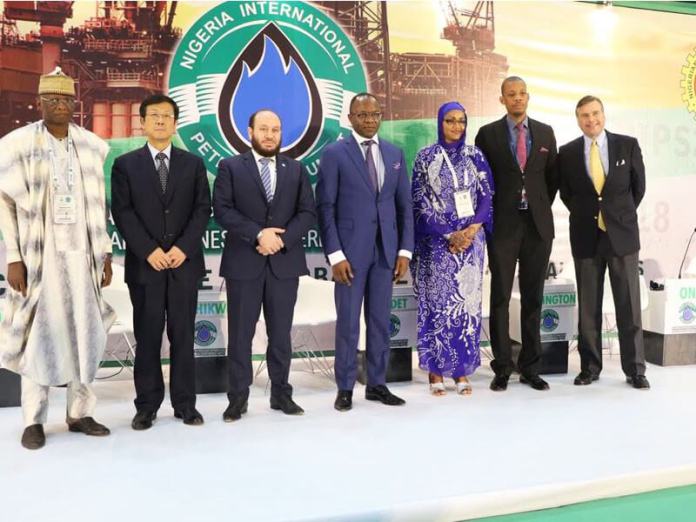 The maiden edition of the Nigeria International Petroleum Summit ended on a positive note after the deliberation with critical stakeholders. Chineme Okafor reports

The first edition of Nigeria’s new oil and gas summit ended in Abuja recently after about five days of discussion by key stakeholders in the international oil and gas business. The summit had had over 1,000 participants, 92 exhibitors, and 32 countries in attendance. At the end, there was optimism regarding the federal government’s promise to start a Nigerian-inspired oil and gas summit to revive the hydrocarbon industry of African countries.

Nigeria is known for its willingness to always hand-hold its African partners in almost all aspects of the continent’s struggles. So the country practically started what could become a major determinant of the future of oil and gas in Africa.

Plans for the NIPS began since last year, when the Minister of State for Petroleum Resources, Dr. Ibe Kachikwu, disclosed in May in Houston Texas that Nigeria would initiate and host an inclusive conference and exhibition in the frame of the annual Offshore Technology Conference (OTC) to, among other objectives, revive the interests in opportunities in Africa’s oil and gas industry. A month after Kachikwu’s statement, Vice President Yemi Osinbanjo unveiled the logo and plans for NIPS at a meeting of African petroleum ministers under the auspices of African Petroleum Producers Organisation, which Nigeria hosted in Abuja, with a further disclosure that it would happen in February 2018.

After about eight months of planning for the NIPS, major players in the global oil and gas industry then converged on Abuja, where they engaged in diverse deliberations between February 19 and 23. They discussed the challenges and opportunities in Nigeria and Africa’s oil industry.

At the summit, which was declared open by President Muhammadu Buhari, represented by the Secretary to the Government of the Federation, Nigeria told the world how it intended to take its hydrocarbon industry to the next level. The country also made efforts in some sessions of the summit to try to help revive Africa’s oil industry, which it said had been challenged lately by several factors, and could become its new hunting field.

As Africa’s foremost oil producer, Nigeria said it took the initiative to champion the renaissance of Africa’s oil industry through the NIPS. She added that the summit would specifically help its oil and gas industry build its capacities and competitiveness in a global oil market that is increasingly demanding more in terms of efficiency and value addition.

There were sessions with Kachikwu, on the 7 Big Wins, in which he had an open discussion on how the oil and gas sector would respond dynamically to reposition Nigeria’s national economy, ramp up production, reduce costs, foster efficiency and also boost the non-oil contribution to export earnings and government revenue using measures in the 7 Big Wins policy instrument.

The seven big wins are improving security and ensuring environmental safety in the oil producing areas of the country in order to increase national crude oil production, attract investment and infrastructural development to the difficult terrain of the region; a shift in focus from oil to gas; review of old and moribund policies and laws; reduction of importation of petroleum products by 60 per cent and becoming a net exporter of petroleum products and value-added petrochemicals by 2019; creation of a business environment and investment drive that will accelerate income for Nigeria in the upstream, midstream and downstream sectors of the oil industry; drive for efficiency and transparency in the operation of the oil and gas industry; and stakeholder management and international co-ordination.

There were also executive roundtable sessions on the growth outlook and how the oil industry can stay competitive after a global downturn. In these sessions, questions, such as what lessons were learnt and how companies were re-strategising to balance their books following the global downturn were asked and answered.

Other sessions on how current and future policy shifts could potentially impact the global petroleum markets, how the African market could leverage regional advantages to grow its long-term offshore production and processing potentials, as well as steps needed to deliver tangible socio-economic returns to the Niger Delta region were undertaken at the NIPS.

In all, there were 11 sessions at the NIPS, which the federal government described as part of Nigeria’s contribution to the growth of Africa’s oil and gas industry. At the end of the sessions, an executive summary of what happened at the summit indicated that the conference took note of the declaration of cooperation of member countries of the Organisation of Petroleum Exporting Countries and non-OPEC countries and how it led to the recoveries recorded so far in the global oil market. It explained that Nigeria was interested in continuing its contribution to the OPEC agreement to ensure market stability.

Within the African front, attendees agreed that collaboration between African oil producers was important, and that Africa needed to adopt globally competitive fiscal policies to make its oil industry attractive for investments. They indicated this will help drive growth in the continent’s oil industry as well as keep the players globally competitive, especially in the service sectors of the industry.

Similarly, efficiency of regulation was highlighted as an issue that African countries must address as soon as possible to be abreast with the global market’s direction.

Nigeria declared its intention to become the new petroleum products refining hub of Africa, as well as its desire to protect the African market for African oil producers. Kachikwu, in defence of this move, stated that other regional blocs were already doing that and shutting out competitors from gaining market hold on their caved markets. He explained that Nigeria would quickly move to protect and utilise existing and expanding opportunities in Africa’s energy market for the benefits of operators in the continent’s oil and gas industry, and perhaps become the leading energy supplier of the continent.

The minister stated that with the shrinking of energy market opportunities across the globe and countries or regions becoming protective of their market, Nigeria would be launching a forceful push to secure the continent’s market for itself and other African oil producers. He disclosed that Nigeria would be providing more incentives to its indigenous oil producers to allow them grow their oil production levels from the current 10 per cent he said they contributed to the national production volumes, to 25 per cent within the next five years.

Kachikwu stated that for the country to upgrade and launch a competitive oil industry that could hold a good share of the continent’s energy market, an estimated $100 billion would have to be invested over a period of time in gas projects, petroleum pipeline replacements, and other oil facilities needed.

He equally stated that the country would need to get its regulatory processes in the industry right, in addition to improving on transparency to give investors enough confidence to put in their monies in the industry.

According to the minister, “Africa and African market is very key for us, as we begin to get into the way, regional markets become very protected – the Gulf coming together, America begins to pursue becoming self-sufficient, the African market holds the potential for us, whether in refined petroleum products or transfer of technology and skillsets, whether it is in taking of advantages by local Nigerian companies, we need to begin to protect the African market and utilise it to its full potentials.”

As regards what needs to be done, Kachikwu said, “We must very quickly establish regulatory and legislative certainty. Whatever it is you do with the PIB (Petroleum Industry Bill), various arms of it should be done and dusted with so that investors can have clarity in terms of where they can underpin their investments.

“Transparency is key. We continue to have the negative vibe in transparency, despite all that has been done in the oil industry. What it says to us is that something must still be missing.

Every average Nigerian says the oil industry is not transparent. Given the fact that the cardinal focus of this administration is anti-corruption, we must ensure that whatever we do, we must give serious attention to transparency.

Despite its successes, observers said there was need for improvement in subsequent editions of the annual summit. Some of the attendees who spoke to THISDAY talked about the low turnout of exhibitors at the summit. As observed by THISDAY, the exhibition was without the usual verve associated with such international oil and gas summits.

Many of the exhibition stands were either empty or had limited activities.

Similarly, unlike other international oil and gas summits where media coverage is usually given priority, organisers of the NIPS had very little consideration for the media. Even though a media room was provided with computers, the internet connection in the room was poor, while security operatives constituted a lot of challenge to the free movement of journalists.