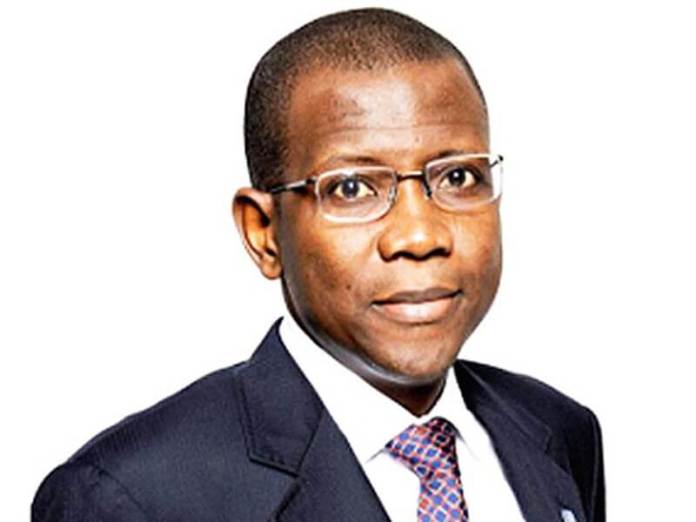 The recent triple A rating of Stanbic IBTC Bank PLC  by Fitch Ratings has further revalidated the bank’s sterling qualities.

Stanbic IBTC’s financial strength, a function of quality leadership, has again been reinforced by the recent triple A, F1+ rating the financial institution was assigned by Fitch Ratings, the global leader in credit rating and research. The latest ratings marked the fourth consecutive year Stanbic IBTC will be assigned the triple A.

Stanbic IBTC Bank PLC and its holding company, Stanbic IBTC Holdings PLC, both recorded AAA(nga) national long-term ratings, which provide a relative measure of creditworthiness for rated institutions. According to Fitch Ratings, “AAA is the highest credit quality. They are assigned only in cases of exceptionally strong capacity for payment of financial commitments. This capacity is highly unlikely to be adversely affected by foreseeable events.”  Fitch said triple A “denotes the lowest expectation of default risk” while the F1+ “indicates the strongest intrinsic capacity for timely payment of financial commitments.” Such regular ratings provide an idea of the credit worthiness of the institutions so rated.

Among criteria used to arrive at the rating are loan portfolio situation, earnings, liquidity, deposits, capital adequacy, and credit process, among others. Stanbic IBTC scored high in all of these key performance indicators, according to Fitch.

The financial institution’s diversified loan portfolio has impacted economic sectors such as agriculture, construction, real estate and infrastructure, electricity and other utilities, consumer credit, manufacturing, oil and gas and general commerce. Others are downstream oil and gas, transportation and communications, Fitch stated. “One of SIBTCH’s main strengths is its diversified earnings. Non-interest income generation is high and underpinned by fees and commissions and trading income,” Fitch wrote in the report. It added: “Loan impairment charges are high, but manageable in the context of strong earnings. Costs are well controlled. As a result, profitability metrics are healthy.”

The liquidity position of Stanbic IBTC was reviewed and its ability to meet foreign currency obligations as they fall due analysed. The group was certified as having “good funding profile and very good liquidity” as customer deposits grew strongly by 24 per cent in the second half of 2017 (Q3 result) with the bank rolling out new delivery channels. “Balance sheet liquidity is underpinned by large volumes of government securities. Additionally, SIBTCH’s loans/deposits ratio at 62 per cent is one of the lowest among peers,” stated Fitch.

The rating agency also reviewed the capital adequacy of Stanbic IBTC in compliance with regulations and concluded that it was very strong and compared favourably with peers. “Fitch expects these levels to be maintained.”

Also critical to the review/ratings was the strong support for Stanbic IBTC by its parent institution, Standard Bank Group (SBG) of South Africa, the largest bank in Africa. “Our view of institutional support considers SIBTCH’s strategic importance to SBG, high levels of integration between the parent and the subsidiary, as well as SBG’s majority shareholding in SIBTCH (53.2 per cent through Stanbic Africa Holdings Limited),” Fitch said.

Indeed, Stanbic IBTC’s outstanding financial performances in the last couple of years support such high rating. The financial institution declared N29 billion profit after tax for the audited 2016 financial year. It reported a total income of N126.05 billion for 2016, representing an increase of 25 per cent over the N100.65 billion achieved in 2015. This was largely due to an increase in interest income and fees and commissions. Also, its net interest income increased by 32 percent from N43.86 billion in 2015 to N57.86 billion in 2016, while non-interest revenue increased by 20 per cent to N68.19 billion, from N56.79 billion in 2015. Overall, the group’s profit after tax increased by 51 per cent from N18.90 billion earned in 2015 to N28.52 billion in 2016.

Analysts affirm that, the rating is no doubt a reflection of Stanbic IBTC’s strength, strong leadership, liquidity and the firm support of its parent company, the Standard Bank Group, which had been in operation for 154 years. Stanbic IBTC remains a strong brand despite the harsh operating environment. It has continued to show leadership in several sectors of the economy as it keys into the diversification drive of government by bringing expertise, experience and innovative solutions to businesses and individuals, which is impacting its balance sheet positively. Last year, the institution restructured its management team to bring in fresh energy and thinking into its operations. And, this is already yielding dividends.

Over the past few years, it has consummated some very big ticket financing projects to burnish its financing credentials and leadership in the corporate and investment banking space. In the real estate sector, Stanbic IBTC is instrumental in birthing the recently commissioned Novare Gateway Mall in Abuja. Others are the Maryland Mall; Ikeja City Mall in Lagos; the Delta City Mall, Warri; and the Polo Park Mall, Enugu, among many other similar projects.

Its investments in agriculture cut across the sector’s value chain. It currently offers a wide range of agriculture business solutions, which comprise a more responsive processing system for agriculture proposals presented to Stanbic IBTC Bank, improved technical support through precision farming technologies, geographical information system mapping and agronomy services, better and more pragmatic approach to risk profiling of clients supported by a deeper understanding of their business. Stanbic IBTC believes agriculture holds great promise and its stated objective is to play a transformative role in that sector, in partnership with other organizations.

It also continues to grow its retail banking portfolio through strategic expansion of its retail footprint. Lately, it has opened a number of retail outlets to tap into growing opportunities in markets across Lagos, such as in the Computer Village, Ikeja; Orile Market and Satellite Town. And, it is a strong player in the small and medium scale enterprise subsector, where it is providing both financing and advisory services to the sector players. Products such as SME Quick Loan and BizDirect, its virtual business centre to support SMEs, are some of its offerings in that subsector. As part of its support for SMEs, Stanbic IBTC regularly organises seminars for SME operators. Among other benefits, the seminars seek to equip SME operators with financial, marketing, and management skills that they could readily deploy to transform their businesses and grow their bottom lines.

No doubt, Stanbic IBTC’s smart play across key sectors continues to impact positively its cashflow situation and liquidity. Its liquidity position is further strengthened by its market leadership, through its subsidiaries, in Pensions, Asset Management, Custodian Services, Stockbrokerage and Corporate Banking. The pension arm is the leading pension fund administrator in the country, with over 1.4 million customers, a major milestone under the contributory pension scheme. The custodian business was adjudged the best in the country in 2016, the sixth time in a row it was so adjudged by a global body while Stanbic IBTC Stockbrokers won the last six, including for 2017, Nigerian Stock Exchange CEO Award as the best stockbrokerage firm in the country.

The management of Stanbic IBTC remains positive it will continue to churn out strong performances. According to the Chief Executive, Stanbic IBTC Holdings PLC, Mr. Yinka Sanni, “The Stanbic IBTC brand remained strong. The fundamentals of our business remain strong and as we purposefully execute our strategy through a disciplined approach that leveraged on innovation and technology to create value for our customers and stakeholders in a cost-efficient manner, we are optimistic that we will continue to improve.” And there is no reason to doubt this resolve.

Of particular interest to the financial institution’s continued growth trajectory is its strong corporate governance practices. The seamlessness of its change of leadership early this year was quite impressive and such practices will no doubt give it the desired stability to further increase its market share and post impressive financial results, going forward.