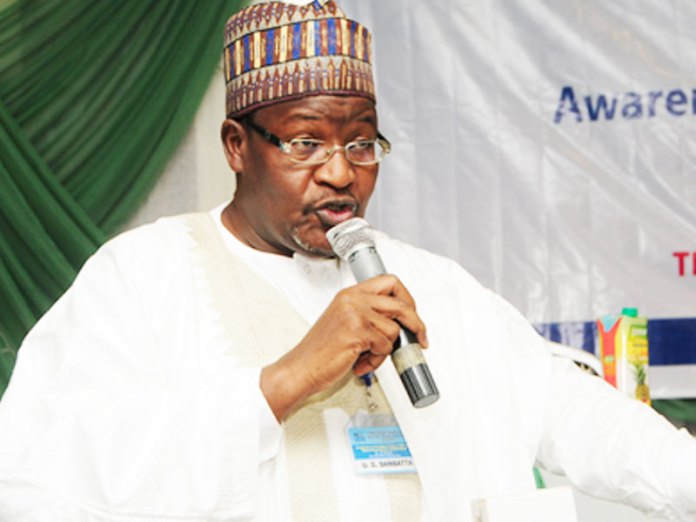 Last week’s penalisation of erring telecoms operators by the Nigerian Communications Commission, with the suspension of the licences of some, and barring of over 750,000 lines, has again shown NCC’s capacity to sanction erring firms when situation demands. Emma Okonji writes

Last week, the Nigerian Communications Commission made good its threat to sanction telecoms operators found to be involved in call masking and refilling. This was after an in-depth investigation on the matter.

Announcing the sanction, NCC said it had to withdraw the operational licences of some telecoms operators, give stern warnings to others, and bar over 750,000 lines that were detected to have been used in call masking. It said the sanction became necessary to avert national security risks that could emanate from call masking, if left unchecked.

Although the action of NCC has been highly commended by industry stakeholders, some are of the view that the sanction would create multiple effects across networks.

In technical parlance, call masking and refilling are an attempt by callers to hide their true numbers when making calls, especially international calls, which are not charged, because the caller’s identity is completely hidden on the network. It is about disguising international calls as local calls in order to profit from price differentials between international and local calls. It is also perceived as a way of hiding the true identity of the caller in such a way that the caller cannot be traced in an event that the caller used such call to commit crimes, like kidnaping, extortion, bullying, and fraud.

Inundated with complaints from telecoms subscribers about incessant harassments through call masking and refilling, NCC had earlier identified some operators believed to be involved in the practice. It warned them to desist from such action, which according to NCC, poses national security risks and threat to lives of innocent subscribers.

Some telecoms experts, who are also subscribers to some of the networks, said they were worried about the implications of call masking and refilling. Aside the economic losses it creates for government, there are also concerns about the insecurity associated with call masking and refilling, which have serious implications for the Nigerian economy and the individual subscriber.

Speaking on the implications, some subscribers who spoke with THISDAY about call masking, said even though subscribers do save telephone numbers with the names of the owners of the telephone lines, including foreign numbers, the network masks the number so that a pseudo local number appears each time a foreign number is used to make calls, which is different from the stored foreign number.

One of the telecoms operators, whose network has been defrauded severally by the perpetrators, told THISDAY that the trick behind it was that the network operator, having masked the foreign number to look like a local number, will pay a local rate to the network where the call is terminated, whereas it will charge the foreign network from where the call is originated at foreign rate, which is usually higher than local rate.

Aside these challenges, subscribers who frowned on call masking and refilling for fear of insecurity, said most callers mask their original numbers when they want to do hatchet jobs like hired assassination, kidnapping and extortion. According to them, such act poses security risks since the masked number cannot be traced after they must have perpetrated evil activities with it.

So last week, NCC applied its sledgehammer on telecoms operators who were found to be involved in call masking and call refilling by suspending their operational licences, and barring 750,000 telephone numbers that were registered with some telecoms operators and used in carrying out the unwholesome practice. Announcing the various sanctions on different telecoms operators, in relation to the weights of their offenses, Director, Public Affairs of NCC, Mr. Tony Ojobo, said the commission had been inundated with complaints from service providers and consumers regarding the high incidence of call masking, call refilling, and SIM-Boxing. “Generally, the practice complained of involves disguising international calls as local calls in order to profit from price differentials between international and local calls. Apart from the resultant loss of revenue by service providers, the practice has also created some negative security implications,” Ojobo stated.

Following a painstaking investigation process, which included collaboration with the Office of the National Security Adviser and the Department of State Services, the commission imposed a range of sanctions on licensees involved in the fraudulent practice.

Other penalties include: Disconnection of Information Connectivity Solutions Limited (ICSL) and Solid Interconnectivity Services Limited from all networks, until they regularise their operations; Issuance of letters to Exchange Telecoms Limited, NiconnX Limited and Breeze Micro Limited, cautioning them against engaging in the fraudulent practice; and barring of over 750,000 numbers assigned to several Private Network Links (PNL) and Local Exchange Operator (LEO) licensees, which number ranges were found to have been utilised for the practice.

Ojobo said the sanctioned entities were found to be directly and indirectly complicit in several infractions, including covertly allowing organisations with expired licences to transit calls, failure to undertake due diligence on parties seeking to interconnect, deliberately turning a blind eye to masking infractions by interconnect partners, and using a licence issued to another organisation to bring in and terminate international calls, which were masked as local calls to other operators.

He said the commission found that some of these were terminating millions of minutes, whereas they only had very few active customers.

NCC has warned that the list of operators pencilled down for sanction has not been exhausted. It assured the public of an imminent second phase sanction, which will beam its searchlight on the big telecoms operators, which are mainly Mobile Network Operators (MNOs). According to Ojobo, a second phase of sanction has commenced, focusing on the Mobile Network Operators and other persons involved in SIM-Boxing.

Ojobi said the aim of the commission is to completely stamp out the fraudulent practice in the overall interest of all Nigerians. “Accordingly, every service provider that has been sanctioned still has an opportunity to correct the identified anomalies and satisfy the commission that it should be allowed to continue to operate in Nigeria. The commission reserves the right to revoke the licence of such service providers where they fail to take the necessary corrective measures,” Ojobo said.

Worried about the ripple effect of the NCC sanction, the president of National Association of Telecoms Subscribers (NATCOMS), Chief Deolu Ogunbanjo, told THISDAY that the barring of over 750,000 lines would affect telecoms activities, especially now that telecoms subscribers’ numbers are gradually reducing for various reasons ranging from harsh economy to destruction of telecoms facilities through insurgency in the North-east and the actions of social miscreants in different parts of the country.

Ogunbanjo said NCC should have barred certain codes issued by the commission, which the operators use for call masking, instead of outright barring of over 750,000 lines across networks.

Reacting to the plans by NCC to shift its investigation towards the MNOs who are perceived as big and untouchable, Ogunbanjo said the move was a welcome development, since smaller operators like Interconnect Clearing House and Medallion, allowed the masked calls to pass through the exchange, and terminated such masked calls on the network of the MNOs, who equally allowed such calls to be terminated on their network, because of the financial gains.

Managing Director of Medallion Communications Limited, Mr. Ikechukwu Nnamani, said he was shocked that NCC went ahead to sanction his company, which he insisted, was innocent of the charge against it. Nnamani said the company would review the position of NCC, before responding properly at the right time.

Other affected operators, who spoke on condition of anonymity, said they were equally shocked that the NCC left the big operators who were also involved in call masking, and decided to punish the smaller operators who do not have the financial muscle to challenge the commission.

According to the aggrieved operators, the MNOs in Nigeria decided to gang up against International Data Access Licence operators to stop them from bringing international calls to Nigeria even though their licences allow it.

The affected operators urged NCC to also extend the sanction to MNOs, who they said were also involved in the call masking business.