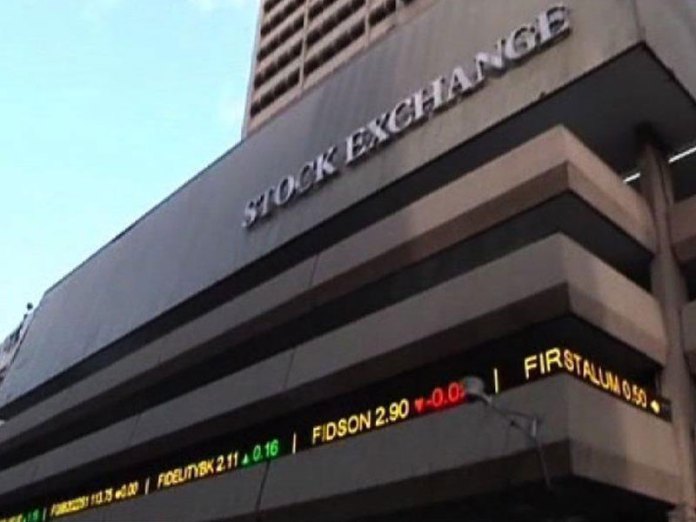 Ten stocks listed on the Nigerian Stock Exchange prove to be shares that could be relied upon for good returns on investment anytime. Bamidele Famoofo reports

Due to portfolio losses associated with short-term stock price volatility in the stock market, it is the advice of experts that investors seeking to make good money from investing in stocks should have a long-term view. Besides hedging against short-term price volatility, a research conducted by FSDH Research and obtained by THISDAY reveals that “investors make good returns in the equity market if they invest in stocks that have strong fundamentals and maintain a long-term view”.

The FSDH stock analysts further submit in the research released last month that investors who maintain a long-term strategy will earn capital appreciation, cash dividend and/or bonus over the investment horizon.

Meanwhile, Guaranty Trust Bank Plc, one of Nigeria’s leading commercial banks, and one of the biggest capital stocks on the Nigerian bourse, has been singled out as a clear leader among 10 stocks that are most friendly to investors in terms of returns on investment. According to findings by the FSDH Research, titled, “Benefits of Long-Term Investment Strategy in the Equity Market”, published in February, GT Bank Plc has consistently rewarded its investors handsomely through price gain, dividend and bonus in the last years, from 2008 till February 7, 2018.

GT Bank recorded the highest return of 1,100 per cent in 10 years, averaging a return of 110 per cent per annum, when gains from price movement, dividend and bonuses are put into consideration. At no time in the 10 years considered in the research did the NSE All Share index (ALSI) deliver up to 48 per cent return to investors. The highest in the last 10 years was in 2013, when the ALSI offered 47.3 per cent returns on investment (ROI) to investors. The ALSI picked again in 2017 with 42.3 per cent after consistently delivering negative returns for three years. By implication, GT Bank Plc has consistently outperformed the ALSI in the last 10 years.

International Breweries Plc, a brewing stock located in Nigeria’s South-west region, is in keen competition with GT Bank in terms of making money for investors. The stock, which was officially listed on the Nigerian Stock Exchange in 2007 at less than N1.00 per share through an Initial Public Offering (IPO), has rewarded its investors an average of 106 per cent ROI annually. Investors who have remained with the company for 10 years got 1,061 per cent returns.

After the brewery sector comes the food sector, with Nestle Plc, a leading conglomerate in the sector, offering investors 874 per cent returns in 10 years. This represents an average of 87.4 per cent returns per annum for investors. It means any investor who kept fate with the company for the review 10-year period was not affected by the losses suffered by other investors in the Nigerian stock market, just like those with the shares of GT Bank and International Breweries Plc in the last 10 years.

FBN Holdings Plc returned the least benefit to investors in terms of capital appreciation, dividend and bonus in the review 10 years period. It was, therefore, the least performing stock among the 10. “FBN Holdings recorded the lowest performance because of a capital depreciation”, the research revealed. Meanwhile, a breakdown of the total return on the selected stocks shows that capital appreciation contributed the highest. Investment in the stock in the last 10 years yielded only 4.5 per cent returns annually.

Access Bank did better than FBN Holdings with 16.7 per cent return per annum, though it has consistently performed below the NSE ALSI in 10 years.  Other stocks that did below 50 per cent returns annually in the last 10 years included United Bank for Africa (UBA) Plc., 22.8 per cent; Nigerian Breweries Plc., 31.4 per cent; StanbicIBTC, 34.5 per cent.

An analysis of the total return of an initial investment of N100,000 each in the 10 highest capitalised stocks (except Dangote Cement and Seplat) between December 2008 and February 7, 2018 shows that GT Bank recorded the highest return of 1,100 per cent. FBN Holdings recorded the lowest return of 45 per cent. “We excluded Dangote Cement and Seplat from our analysis because the two companies were not listed on the floors of the NSE in 2008,” FSDH explained.

A breakdown of the total return in the GT Bank stock shows that capital appreciation, cash dividend, and bonus issue contributed 33 per cent, 20 per cent, and 47 per cent, respectively.

An analysis of the yearly returns of the equity market as measured by The Nigerian Stock Exchange All-Share Index (NSE ASI) between 2008 and February 7, 2018 shows that the market recorded both losses and gains during the period. The ALSI recorded its worst depreciation in 10 years in 2008, when it dropped to -45.8 per cent. However, the best gain was recorded five years later with ALSI recording a return of 47.2 per cent. After the surprise rebound witnessed in 2013, the market went again into comatose for three years, before it picked again in 2017 when ALSI made a gain of 42.3 per cent. As at February 7, 2018, the market recorded a gain of 13.85 per cent.

Following the superlative equities market performance in 2017, most institutional stock analysts are optimistic that 2018 would be another bullish year. Afrinvest said, “Our conviction is hinged on the fact that fiscal and current account balances have improved against the backdrop of sustained increase in oil prices, which has had a positive knock-on impact on FX market stability.”