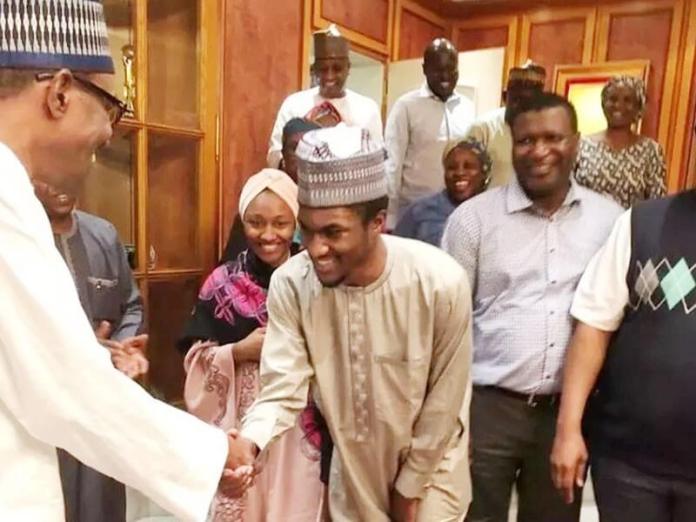 President Muhammadu Buhari’s only son, Mr. Yusuf Buhari, who was involved in a ghastly motorbike accident last December, returned to the country last week after undergoing further treatment overseas. Although it could not be ascertained where Yusuf had gone for treatment, we gathered that Yusuf, who arrived the country Monday night, was in a better shape and is expected to resume a normal life.

Yusuf Buhari loved the thrill of riding a power bike. He enjoyed the kick of careening through jagged roads and tumultuous vehicular traffic. From one end of the highway, he felt like thunderbolt on wheels as the wind struck his face and howled musically against the steel casing of his fancy helmet.

But on Tuesday, December 26, the music stopped; the wind stopped howling melodiously against his fancy helmet as he veered off the road and crashed while attempting to overtake a friend’s bike in a competitive race for pride, and bragging rights in Abuja, Federal Capital Territory (FCT). Consequently, the son of President Muhammadu Buhari, suffered a head injury and multiple fractures.

FORCES BEHIND THEIR ASCENT…THE WOMEN BEHIND SEGUN AGBAJE, NNAMDI OKONKWO AND KENNEDY UZOKA