‘It shattered my world’: an Ohio soccer coach, sexual misconduct and the system that has protected him
Higuain-Chelsea LIVE: Sarri calls El Pipita to reassure him about Stamford Bridge move
PDP Presidential Candidate Atiku Abubakar in US
How Cough Syrup in Nigeria is Creating a Generation of Addicts
Hillary Clinton Updates Social Media Page After Session with Chimamanda Adichie
Nigeria 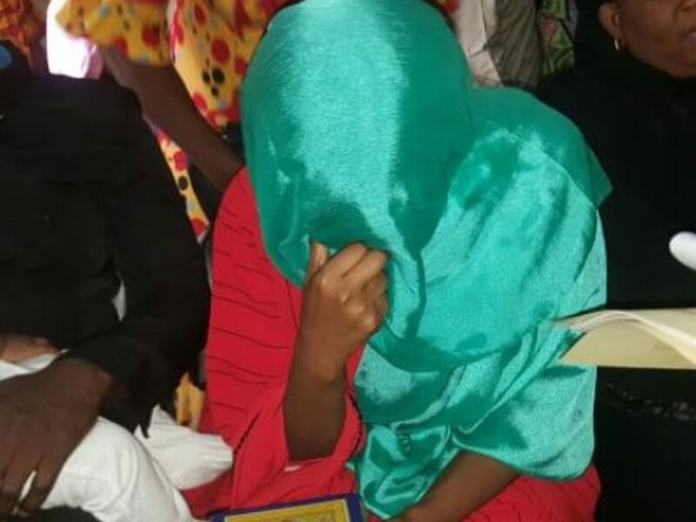 Justice Haliru had at the last sitting adjourned trial to March 19 for definite hearing after dismissing Maryam’s last bail application of February 6.

However, Daudu again approached the court with a fresh bail application and asked for an early date to move it, which was opposed by counsel to the prosecution, CSP James Idachaba.

But this time, Justice Halilu said the court was satisfied with the health reasons canvassed for Maryam, who is said to be over three months pregnant and also asthmatic.

The judge held that the police were not able to counter the claims that the prisons’ health facilities could not take care of Maryam’s conditions.

Part of the conditions attached to the bail included a requirement that the defendant provided two sureties who must deposit their title of landed property ownership in Abuja.

Maryam’s father was also required to enter into an undertaking to always provide her in court throughout the trial.

Justice Halilu had previously rejected pleas for the defendant, who is also nursing a six-month old baby girl, to be released from the Suleja prison on bail.

The court had on November 24, 2017, remanded Maryam in prison after she was arraigned on a two-count charge of culpable homicide, punishable by death under Section 221 of the Penal Code Law.

In the charge sheet filed by the police pursuant to Section 109(d) of the Administration of Criminal Justice Act, 2015, Maryam was accused of stabbing her husband to death with a broken bottle on November 19 at their Abuja residence.

The prosecution told the court that Bilyamin died as a result of several stabs on his chest and neck.

The police had maintained that the defendant attacked her husband with the knowledge that her act was likely to cause his death.

She was equally charged with the offence of “causing grievous harm”, contrary to Section 247 of the Penal Code Law.

Before his alleged murder, the late Bilyaminu was a real estate developer.

However, Maryam pleaded not guilty to the charges, even as she begged the court shortly after her arraignment to release her on bail pending the trial, a request that was refused at that time.

The police subsequently amended the charged and added Maryam’s mother, Maimuna Aliyu, her brother, Aliyu Sanda and one Sadiya Aminu, as co-defendants in the matter for attempting to conceal evidence at the scene of the alleged crime.

The prosecution alleged that Maryam’s family members attempted to destroy evidence that linked her to the murder. It alleged that upon realising that an offence of culpable homicide was committed, the other defendants “did caused evidence of the offence to disappear”.

It said the other defendants had carefully cleaned up the blood from the scene of the crime with the intention of screening the 1st defendant, Maryam from legal punishment.

According to the prosecution, the three persons involved in the scrubbing-off of murdered Bilyamin’s blood, by their action, committed an offence punishable under Section 167 of the Penal Code Law.

Nevetheless, the court granted Maryam’s co-defendants bail after they produced two sureties each and surrendered all their travelling documents.