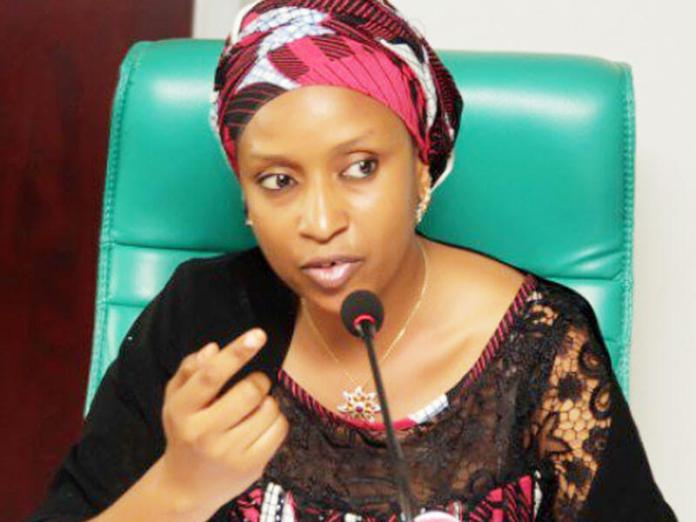 In the late 2017, the federal government directed all containerised cargoes coming into Nigeria to be on a pallet as effective January this year. The Minister of Finance, KemiAdeosun had announced that the new measure would aid manual examination of consignment while the country awaits the acquisition and installation of functional scanners at the seaports and land borders.

The policy, an initiative of the presidential committee on ease of doing business, is part of the new import and export guidelines of the government, which stated that all containerised cargoes coming into Nigeria must be palletised.

It was designed to assist officers of the Nigerian Customs Service (NCS) and other relevant government agencies in providing an easy and faster way to physically examine containers being brought into the country.

She said: “Furthermore, in order to ensure quick clearance of import at the Nigerian ports and borders, the additional responsibilities assigned to the relevant government agencies would be carried out in a well-coordinated and collaborated manner, while the sanctions specified for non-compliance with the provisions of the guidelines would be strictly and impartially applied across board.”
Represented by the Director of Home Finance, OlubunmiSiyanbola, she reiterated government’s resolve on the installation of scanning machines, saying “government is working relentlessly to quickly put in order the scanning system so as to eliminate manual examination of goods and the associated delays.”

“I wish to announce that the export and import guidelines will be fully implemented with effect from 1/1/2018. However, goods already loaded for shipment to Nigeria prior to this date will not be affected by the palletisation policy.

“Let me also say that we have examined all concerns expressed by the trading public regarding the palletisation policy of the government. The list of cargoes of goods that may be exempted from palletisation, where it is absolutely necessary will be placed on the website of the Federal Ministry of Finance and Nigeria Customs service shortly,” she added.

Palletisation Cost
However, the directive drew the ire of maritime sector stakeholders with majority of them spoiling for war. They expressed concern over the policy, noting that it will cost Nigerian importers a whooping $60 million (N21.6 billion) annually.

The stakeholders were also unanimous in their resolution that the controversial policy will increase the diversion of Nigerian-bound cargoes to the ports of neighbouring countries where the policy is not implemented.

At a meetingorganised by leading maritime media consulting firm, Ships & Ports in Lagos to brainstorm on the matter, they raised issues on the importation of strange organisms into the country through wooden pallets and the management of the pallet waste after use.

Speaking at the meeting, National President of the Association of Nigerian Licensed Customs Agents (ANLCA), OlayiwolaShittu said the palletisation policy holds no benefit for the country and “will also further breed corruption” at the port.

“The policy will be difficult for shippers because we are an import dependent nation. Palletisation will enhance corruption in the ports, as a good chunk of the internally generated revenue in the port goes into private pockets. Palletisation should not be our priority, rather let us look at how we can improve services at the ports,” he said.

On his part, General Manager Shipping of SIFAX Group, Mr. Henry Ajoh, who represented the Executive Vice Chairman of SIFAX Group, Dr. TaiwoAfolabi, expressed fears over the implementation of the new policy stating that “it cannot work in Nigeria”.
According to Ajoh, what the ports need urgently is enhanced cargo examination system to facilitate ease of doing business.

He said: “We need scanners. Government needs to deploy technology at the port for Customs examination and release processes. That is the way to go. Palletisation takes us backward and cannot work in Nigeria.”

Also speaking, the Managing Director of CMA CGM – a leading container carrier operating in Nigeria, Mr. Todd Rives said that the policy would lead to the loss of over $60 million annually, warning that the policy must be thoroughly thought through by government.
In his remarks, Executive Secretary of Nigerian Shippers’ Council (NSC), Mr. Hassan Bello said that palletisation of cargo is international best practice.

He said the introduction of the policy in Nigeria was to enhance physical examination of cargo by NCS.
Bello also noted that there are cargoes that cannot be palletised noting that as a Council, it had to listen to stakeholders and take their concerns to the relevant government authorities.

Customs Agents Fault Directive
Before the town hall meeting, customs agents in the country had warned that the mandatory enforcement of palletised goods in containers, will reduce the normal shipment into container and increase the number of containers for each shipment, due to the space the pallet will occupy, which will lead to increase of more container for shipment.

The National President of the National Council of Managing Directors of Licensed Customs Agents (NCMDLCA), Lucky Amiwero said the International Plant Protection Convention (IPPC) ISPM 15 regulation on wood material, identifies pallets, crates and loose dunnage as carriers of invasive species of insects and plant diseases, that must comply with the IPPC convention regulation ISPM No. 15, which require, special treatment, Cost and delays of meeting up with the shipping requirement.

Amiwero added that pallets, creates and loose dunnage are extra cost to shipper that do not requires pallet, create and loose dunnage in their shipment, which will create new cost, delay shipment and discourage shipment into Nigerian Ports due to cost, new procedures and delays.
According to him, “The mandatory enforcement of pallets on Containerisedgoods, will attract the presence of the plant quarantine officers in the port to Regulate the Implementation of IPPC and additional cost, which will increase the process and cost to importer/Licensed Customs agents.

“The restriction in the used of pallets, in application by international community in shipment, is to reduce the carriage of invasive species of insets and plant disease into their economy. Scanners are non-intrusive inspection tool (NII), used for inspection and limit the physical examination with small forklift, to lift pallet, which contravene WCO Safe Framework for standard to secure and facilitate global trade, which must be complied with for ease of port facilitation.”
He called on the federal government to re-designed the import guideline to include the scanning procedure, which is the core on Inspection /examination.

Speaking on the non-inclusion of scanning procedure in the import guideline, he said, scanning as procedure is excluded from the import guidelines that contravenes the inspection procedure in Nigerian port, “which means that Scanning will not be applied to goods in Nigerian ports.”
He added: “The concept of discrepancy should be properly defined in line with the provision of section 142 of the Customs and Excise Management Act, which provided for recovery of duty as stated. Where any duty has been short levied or erroneously repaid, then the person who should have paid the amount short levied or to whom the repayment has erroneously been made shall, on demand by the proper officer, pay the amount short levied or repay the amount erroneously repaid, as the case may be.

“Apart from contraband all other goods with discrepancy as contained in the Customs and Excise Management Act. section 142-(2) and discrepancy clause in the Import guideline are allowable for demand Notice(DN) to be issued and cleared.”

Amiwero also called on the government to repair the break down scanners to remove the mandatory provision of palletised goods in containers on Nigeria Shipment, “which is very costly and has mandatory international convention on shipment procedure that will constitute delay and possible diversion of vessel out of Nigerian ports.”

“The NCS should comply with the clause (J) on discrepancy of the import Guideline, which draw its power from section 142 of the Customs and Excise Management Act and Pre- Shipment Inspection Act section 3-(2) that give legal authority on import guideline issued by the federal government.

“Import guidelines are procedures and documentation requirement, excludes traffic management and pilotage of vessel, which is not part of procedure and documentation requirement, should expunge from the import guideline. Manifest should be handled by Nigeria Customs Service as agency statutory responsible, for a one-stop-shop distribution in line with the provision of the Various Acts, “he added.

FG Relaxes Policy
However, in a bid to assuage importers’ opposition to its new cargo import policy on palletisation, the federal government last week relaxed the rules guiding the policy urging all importers to comply with international standards and stacking prescription by the original manufacturers of products.

The Federal Ministry of Finance in a statement said the decision was sequel to a series of complaints and requests received from the trading public in respect of the palletisation policy contained in the 2017 revised import guidelines to further strengthen the ease of doing business drive.

The statement by the Director, Home Finance, OlubunmiSiyanbola, on behalf of the Minister for Finance, KemiAdeosun, said: “All container cargoes coming into Nigeria should comply with international standards for packing/stuffing and loading into containers; and specific packing and stacking standards prescribed by the original manufacturer of the product.

“Dead-pile loading, or loading without pallets of containerised cargoes, is acceptable provided it conforms to the criteria outlined above. With the exception of used automobiles and heavy machinery, any loose packed new or used items without manufacturers’ loading and packing prescriptions should be packed in crates or cartons atop pallets accordingly.”

The reviewed guideline stated that all containerised cargoes should be loaded neatly in a manner that will promote safety in handling and facilitate speedy examination and clearance at the ports by the Nigerian Customs Service.

The minister warned that failure to comply with the provisions designed for seamless implementation of the palletisation policy, the Nigerian Customs Service (NCS), “shall invoke sanctions as prescribed in the Addendum to the 2017 revised import guidelines issued by the Federal Ministry of Finance.”

Adeosun, however, added that the grace period given up to March 31, 2018 for exemption from palletisation policy of goods for which Form “M” had already been established prior to the effective date of January 1,2018 for full implementation of the policy, remained in force.