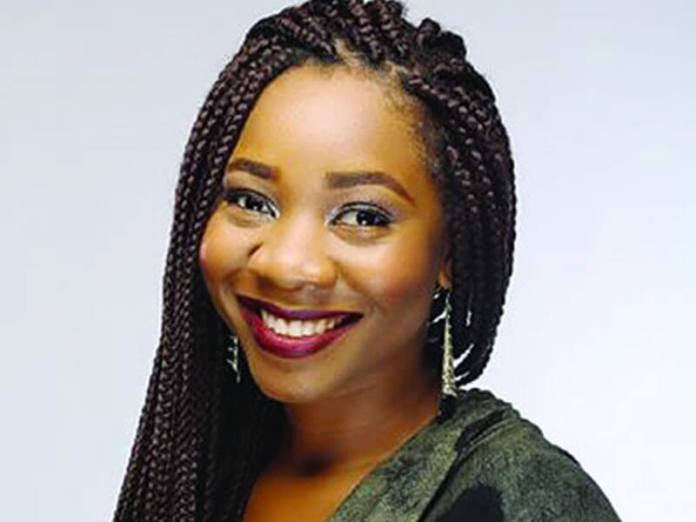 From web-series, short films, a feature film and a now a historic stage play, Chioma Onyenwe sure-footedly inches her way towards a place of glory in the creative industry. Nseobong Okon-Ekong reports

Her first name is a talisman that commands favour to her in the Nigerian creative space. The name Chioma carries a load of resentment and attraction, perhaps in equal measure, depending on who she is interacting with. Often, doors open at the mention of the name, particularly when it is linked to Chioma Ude, founder of the Africa International Film Festival, AFRIFF. On the flipside, Chioma Uchechukwu Onyenwe has attracted hatred to herself for the same reason. Her closeness to Chioma Ude, in more ways than one has defined her trajectory in Nollywood.

Possibly, we can change that to read that she was already looking in that direction and honing her skills, then meeting with Chioma provided the platform for a prepared candidate to meet with a lifetime opportunity. As the story goes, Chioma Onyenwe called Chioma Ude in 2013 and volunteered to work at AFRIFF. She knew she was tapping into a big network that would enhance her interest in the film industry. However, she came equipped having taken a course of study on ‘From Script to Screen’ at the MET Film School in 2011. She also founded Raconteur Productions where she designates herself as Content Producer and Filmmaker in 2012.

Her new interest in film making was a tactical departure from Economics which she studied at the University of Lagos and Management for which she took a Masters degree at the Imperial College London, but she did not mind. At the time she made her definitive move into the movie industry, she was barely one year at the job of Coordinator of Alumni Relations, University of Nigeria, Nsukka. Part of her job included fundraising which she had earlier pursued at the Imperial College.

To be sure, Chioma had set undeniable footprints and was on the way to finding a place of glory for herself in the film industry. In 2010, she produced one web-series, ‘Skinny Chef’ about the culinary skills of a character who was young, single and cooking and a TV series titled, ‘Cabu Cabu’- the story of a Taxi-driver on the kaleidoscopic and event-filled streets of Lagos. She began to attract attention to herself in 2012 when she produced another web-series titled, ‘Goddammit It’s Monday’ – A comedic look at some of the pressures young professionals face in the fast-paced city of Lagos. It was adapted from a blog called ‘God Damn it, it’s Monday’. She used to follow the blog. It was about a guy who started working for the first time and hated his job, and hated waking up on Mondays. She contacted the blogger. “I had worked on people’s sets as production assistant when I was in UNILAG but I just kind of jumped into the deep end and contacted people and we shot six episodes. We put it out and the reception was great.” 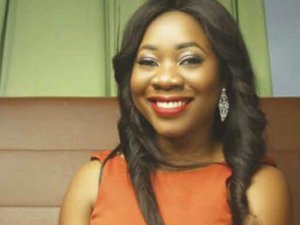 The same year, she gained enough confidence to step up her game to produce a short film titled ‘Skales’ and a documentary titled ‘Inside TEDxEuston. In the same year she started working at AFRIFF, she produced another short film titled ‘Illo’ which was inspired by Cyprian Ekwensi’s book, ‘The Passport of Mallam Ilia’. It is important to note that Chioma’s interest in the arts did not happen overnight, along with her colleagues-Onioma Uchegbu, Chikaodi Okoye and Deji Oluwole – in the Department of Economics, University of Lagos, she edited the departmental newsletter, Equimax.

Although, she is surefootedly heading in her chosen career direction, she never forgets the days of her humble beginning at AFRIFF and how it gave her professional integrity a shot in the arm. “I’m still with AFRIFF but at the time I was just getting into the film industry. I had made some short films on my own and was in the process of making my first feature film then I heard about AFRIFF. I had left my job in Enugu and had just come back to Lagos and AFRIFF was a couple of weeks away. I had met Chioma Ude earlier; I called her that I would like to volunteer. AFRIFF is a big platform. I’m still on it. It really helped build the foundation for me because it is the easiest way to meet people. At the time when I did casting for my feature film which was early 2014, I already had these contacts. I already knew who to talk to in the industry, I had already met with them the year before. AFRIFF was a great jump-start going into films.”

Working with the Festival Manager gave her the privilege to coordinate content and programmes. Smiling broadly even at the thought of it, she recounted some of the benefits including the fact that AFRIFF is expanding beyond an annual event. This gave her the opportunity to go to other film festivals and connect with people and to build the training modules. Today, Chioma is the Programme Coordinator for AFRIFF. Two years ago, Chioma teamed up with an esteemed partner, Caesario De-Medeiros, to embark on some ground-breaking projects including, ‘The Barman TV, a reality television and unscripted entertainment. In the same genre, both of them produced, ‘The Face of Okija’ which is the search for a humanitarian ambassador. The same year, she took a comedic look at where ‘the hustle’ can sometimes lead in a short film titled, ‘Scheme of Things’. But it wasn’t until she produced and directed the story of a musically gifted young man who battles adversity, a medical condition and betrayal as he struggles to get to the top in her first feature film titled, ‘8 Bars and a Clef’ that the industry stood in critical appreciation of Chioma.

In its opening week at the cinema, 8 Bars and a Clef literarily fought for its life. She explained. “Cinemas run their schedules on what films did well in the opening weekend. The more you do well, the longer you stay. A lot of movies were in the cinemas but they don’t have enough screens so there was a battle for space.” Caught in that struggle, she devised a strategy. Apart from going to as many cinemas as she could to get feedback and encourage people to watch it over the counter, she also went to schools to inspire students, telling them that the film carried messages they should not miss. She knew from the start that she had to do extra work because the film was not a comedy or any regular feature that the Nigerian audience were used to. “You can’t say because it’s in the cinemas that you have achieved your goals until you get the right people to see it.” However, going to the cinema was not the final stage for Chioma, she was hopeful of exploiting other mediums of exhibition like television and online because of the diverse information the film was trying to communicate.

Working with a mix of experienced actors like Bimbo Akintola, Wale Ojo, Linda Ejiofor and Kehinde Bankole; and the new actors, like the lead character, IBK Spaceship Boy, Ade Bantu, Kunle Bello from Trybesmen and Blink who is also into music, Chioma delivered a fresh and authentic feel to the film.

She explained her reason for deploying this method. “You don’t know these characters often so when you see them, you believe them. They have no airs about them. They are not making anything up. The film talks about love and music. It’s a coming of age story. The key take-away for me is that it really defines success. It also touches on dyslexia because the lead character is dyslectic. And that’s one thing we don’t talk about. That is why it was important for me to get students and teachers to connect to that, maybe they have a student in school that is a little bit slow, maybe this could be the problem. To start that conversation will totally fulfill the reason for making this film. Also because the character also got wealthy just by going into the music industry. His wealth is not by any means his self-actualisation because he still has to learn how to read and fend for himself in order to be complete.” The film was nominated for Best First Feature Film by a Director at the Africa Movie Academy Awards 2016.

Not resting on her oars, Chioma has set new goals for herself. This time, she has branched into a stage production titled, August Meeting’ which speaks to two key issues-the aftermath of the Aba Women’s Riot and the annual exodus of married Igbo women back to their ancestral homes every August. The play presents the women of Oloko, who are fresh from participating in the protest and have come back home to build on the success of the protest. This time around, the battle is not against the white man but against their husbands and the laws they have created to keep women under lock and key. However, fighting the devil you know is not as easy as it seems.

With this production, Chioma says she is starting a movement to remind women that feminism is not a new concept neither is it foreign. She also hopes to awaken the consciousness of women to be more politically involved in decisions that affects their lives.

According to her, “August Meeting as it is currently has lost its way. Therefore, the play also serves to remind us the reason why it started in the first place.” It is a historic debut for Chioma.

The play which was staged at the Agip Recital Hall of the MUSON Centre at the weekend featured Nollywood actress Gloria Anozie Young as Nwanyeruwa, in the lead role. The play was one of most talked about productions in the sixth annual Lagos Theatre Festival which ends today.

Nwanyeruwa, the character played by Gloria was a widow who mobilised women to confront the white colonial masters in what later became known as the Aba women’s riot of 1929.

Highlighting issues affecting women to include ‘sexual violence, domestic violence, widowhood and genital mutilation,’ among others, Chioma said the play examines how women can come together and forge ahead.
“Every single thing that affects women is encompassed in it. We have a lot of educated women, well-informed women in this country. They are not keeping quiet and they are talking.”

Written by Paul Ugbede, ‘August Meeting’ which is staged in English is produced by Chioma Onyenwe and directed by Kenneth Uphopho. Other actors are Ego Ogbaro, Ijeoma Aniebo, Inna Erizia, Odera Orji and Deola Gimbiya.

“There are women who stood for what was right and fought together for equality. Unfortunately, history is not being taught in our schools anymore, so there is an urgency to use this medium to remind us of who we are as a people and what we can achieve together,” she explained.

From Ashimolowo, a Bouquet of Hope for Widows

FORCES BEHIND THEIR ASCENT…THE WOMEN BEHIND SEGUN AGBAJE, NNAMDI OKONKWO AND KENNEDY UZOKA