‘It shattered my world’: an Ohio soccer coach, sexual misconduct and the system that has protected him
Higuain-Chelsea LIVE: Sarri calls El Pipita to reassure him about Stamford Bridge move
PDP Presidential Candidate Atiku Abubakar in US
How Cough Syrup in Nigeria is Creating a Generation of Addicts
Hillary Clinton Updates Social Media Page After Session with Chimamanda Adichie
Sports 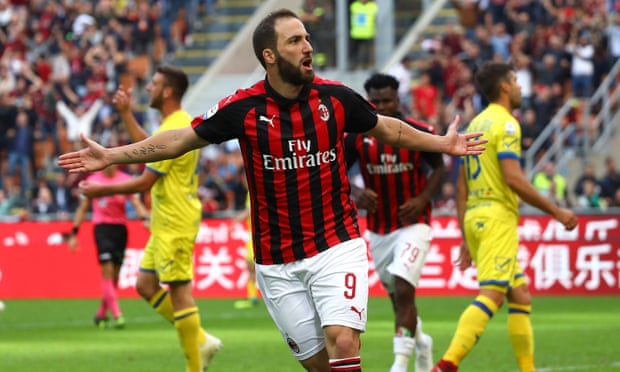 AC Milan striker Gonzalo Higuain is set to join Chelsea. The Argentinean is expected to have his Chelsea medical between today and tomorrowwith Maurizio Sarri that hopes to have him available for Saturday’s Carabao Cup clash against Arsenal at the Emirates Stadium.

Follow the minute-by-minute update with Higuain that is expected to salute his team-mates today before leaving Milan and arrive in London.