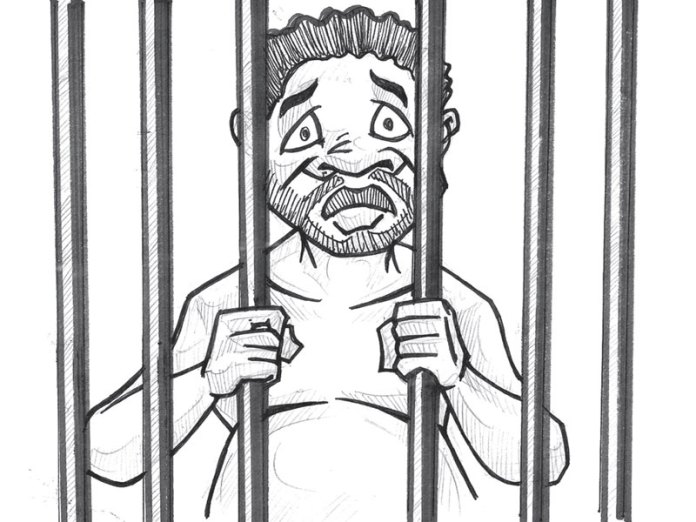 BEFORE THE LONDON PRISONERS ARRIVE

In a not-so-subtle vote of no confidence in the Nigerian prison system, the United Kingdom is planning the construction of a £700,000 jail in our country so as to deport some criminals and free up places in British jails. The 112-bed wing at the Maximum Security KiriKiri Prison in Lagos will be built as part of the compulsory prisoner transfer deal signed with Nigeria in 2014, according to Foreign Secretary, Mr. Boris Johnson. “As part of this agreement, eligible prisoners serving criminal sentences in Nigeria and the UK can be returned to complete their sentences in their respective countries,” he said.

The decision came in the wake of the amendment to the Transfer of Convicted Offenders (Enactment and Enforcement) Act Cap T16 2004. Signed into law in 2014 by President Goodluck Jonathan, the consent of convicted Nigerians serving various jail sentences in the UK is no longer required before they are repatriated home to continue to serve their respective jail terms. But, as we pointed out in the past, the law could be deployed to send away our nationals who may be legal residents in the United Kingdom where they may also have immediate family members. Besides, as we also observed before the bill was passed into law in 2014, there are serious implications for some of our nationals who could now be easily criminalised on grounds of immigration status and repatriated to the country without due process.

However, the issue that should be of immediate concern to the authorities is that the establishment of a special prison for “Diaspora criminals” would create a class dimension to the crisis of the Nigerian prisons which lack the minimum facilities suitable for human habitation. Many of the prisons were built during the colonial era and since then no efforts have been made to renovate them. Consequently the worn-out facilities and infrastructure are unable to cater for the increasing population of prisoners. The result is outbreak of diseases in the prison environment. It is therefore no surprise that whereas the prison systems in most countries are meant to reform the prisoners, the Nigerian prison system hardens them.

It is unfortunate that despite the high-level rhetoric on prison reforms by successive Nigerian governments, no concrete actions have been taken to massively decongest our prisons and ameliorate the inhuman condition under which many prisoners live and even work. For example, the Olusegun Obasanjo government set up a National Working Group on Prison Reform and Congestion to audit the state of the country’s prisons and make recommendations to the government. Successive justice ministers have equally been making recommendations to the government on how to reform our prisons. Unfortunately, nothing fruitful has come out of these seemingly lofty initiatives.

The main obstacle to the reforms is the gross over-population of the Nigerian prisons. According to many Amnesty International reports, about 70 per cent of the people in Nigerian prisons have never been convicted of any crime. What that suggests is that efforts to decongest our prisons or ameliorate the plight of inmates would come to naught without a complete overhaul of the country’s criminal justice system. Just last week, the Minister of Interior, Lt General Abdulrahman Dambazau (rtd) visited the Port Harcourt prison which was built for 804 prisoners but now currently accommodates 4204 inmates. The situation is similar, or perhaps even worse, in other prisons across the country.

The news that the UK authorities will bringing back convicted Nigerian prisoners abroad to come and complete their jail terms at home should be a wake-up call on the imperative of reforming our prison system. The prison that the British would build will be different from what currently obtains in Nigeria. We hope there will be sufficient lessons to learn from that.