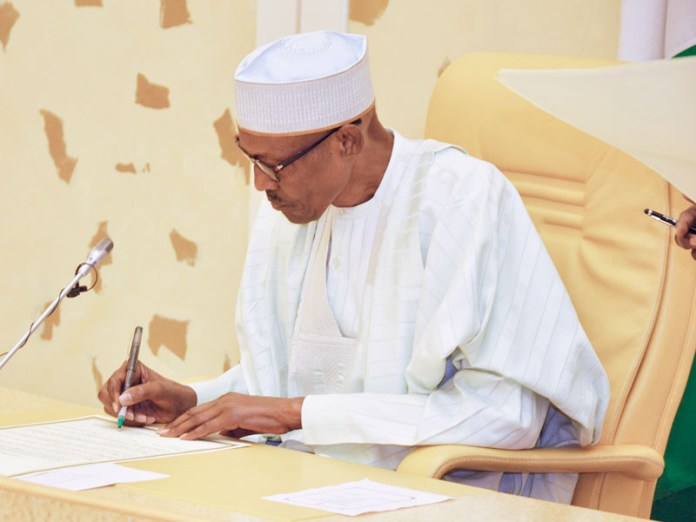 As the search for the 110 schoolgirls abducted by Boko Haram at Government Girls Science and Technical College, Dapchi, Yobe State, intensifies, the United States Government yesterday announced that its Secretary of State, Rex Tillerson, would visit Nigeria and some other African countries next week over terrorism challenges in the continent.

It also emerged yesterday that the search for the missing schoolgirls had been extended to the neighbouring countries of Chad, Niger and Cameroon, while the Chief of Defence Staff, Gen. Abayomi Olonisakin and his service chiefs have all now joined the search team.

“Secretary Tillerson will meet with leadership in each country, as well as the leadership of the African Union Commission based in Addis Ababa, to further our partnerships with the governments and people of Africa.

“In particular, he plans to discuss ways we can work with our partners to counter terrorism, advance peace and security, promote good governance, and spur mutually beneficial trade and investment.”

The United States Government also said it believes the attack on Dapchi might have been carried out by ISIS West Africa, and not Boko Haram as widely believed.

The US State Department’s Counterterrorism Coordinator, Ambassador Nathan Sales, disclosed this during a press briefing held in Washington, D.C., on Thursday. Sales is the one mobilising law enforcement efforts to defeat ISIS.

Sales said the US would continue to support Nigeria by training the Nigerian military and police.

“One of the things that we can do is to stand up law enforcement capabilities. We have robust assistance programming for a number of countries in Africa that we use to increase the ability of local cops to address all forms of crime, including terrorism-related crimes, including crimes committed by transnational criminal organisations.

“And our hope is that that kind of assistance will pay dividends and that local authorities will be better-equipped with the tools they need to investigate these kinds of atrocities, but more importantly, to prevent them from happening again in the future,” the American envoy said.

According to him, the US is concerned about “growing terrorist threats in that part (Nigeria) of Africa, in the Maghreb, in the Sahel, and elsewhere in Africa.”

He said: “This is a part of the world where there are overlapping terrorist groups. Not just al-Qa’ida elements, but also ISIS-affiliated networks and others. Because of that group of threats, it’s important for us in the United States and for our partners in Europe and elsewhere in the world to remain engaged.

“Our goal here is to continually improve our local partners’ capabilities: help them secure their borders, help them investigate terrorist-related crimes, help them prevent terrorist-related attacks from happening, help them respond to attacks when they do take place, in real time. And ultimately, the interest of the United States is ensuring that our partners have those skills themselves and need not turn to outsiders to provide security for them.”

Meanwhile, the ongoing search for the abducted 110 Dapchi girls has been extended to the neighbouring countries, the Federal Government has announced.

In a statement issued in Abuja yesterday, the Minister of Information and Culture, Alhaji Lai Mohammed, also added that top military and security officials on Thursday travelled to the North-east to add more urgency to the search.

They joined the Chief of Air Staff, Air Marshal Sadique Abubakar, who had earlier relocated to the North-east.

The Federal Government had earlier released the names and other details of the 110 girls who have yet to be accounted for, following the attack on the GGSTC, Dapchi, Yobe State, on 19 Feb. 2018.

The panel set up by the federal government to unravel the circumstances surrounding the abduction of the girls was inaugurated on Thursday by the NSA.

In a related development, Olonisakin and the service chiefs are reviewing the ongoing operations in the North East, particularly, the operation to get back the Dapchi girls.

According to the Director of Defence Information, Defence Headquarters, Brig Gen John Agim, “the pattern of information management in all the military operations was reviewed.

“It was sadly observed that, the military operation strategies have always been in the media space thereby giving the insurgents and terrorists opportunity to re-strategise.

“It was recommended that hence forth, the military information arms will be communicating the successes rather than strategies.”

Agim stated: “It is very important to be mindful of speculations that could jeopardise the ongoing efforts as well as put the lives of the girls or any other persons involve in the efforts at risk.

“Even though the military is soliciting for useful information to facilitate its operations, the fishermen and farmers have not been singled out for this assistance, rather all well-meaning members of the public are urged to provide useful information.”